My willingness to forgive was stimulated by the phase of trust 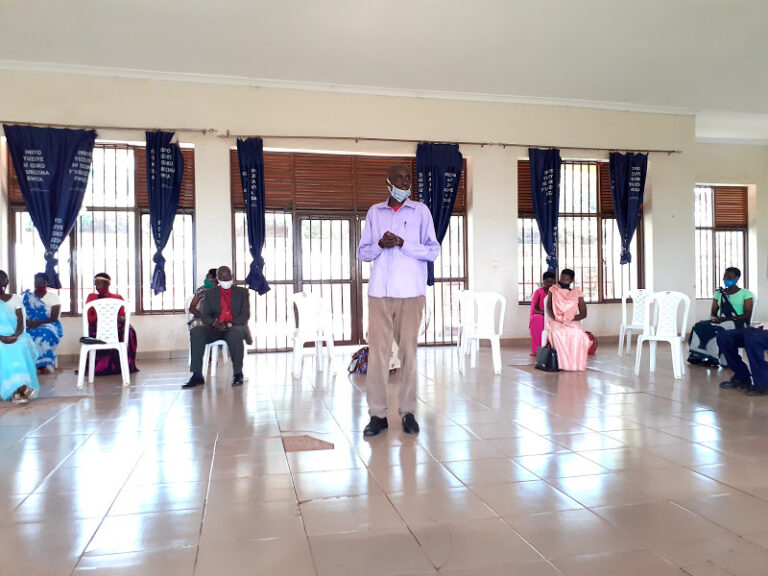 My willingness to forgive was stimulated by the phase of trust

During the genocide, we lost six members of my family. Though we received Gacaca court services, I wasn’t satisfied because they didn’t give survivors enough time to express ourselves, and the trauma from the genocide has remained with me.

­­­I joined the third round of sociotherapy in Rutunga Sector and after joining, I realized every single member of our therapy group had social problems and unresolved conflicts. When we started the real, core part of Mvura Nkuvure, these deep issues became our focus.

In my sociotherapy group, I had long-term conflict with three people, who were a few of the perpetrators who came to kill my family during the genocide. One of them was my closest neighbor, who lived within 5 miles of me, but we still couldn’t talk to each other. In sociotherapy, we sat in different parts of the circle to put distance between ourselves.

Then, beginning phase 4 of sociotherapy, the sociotherapists introduced some icebreakers for the group to ease us into trusting one another. During this activity, we got into a place where we could express ourselves without realizing it. I began feeling it was possible to be on the same level as the others, even my offenders.

We chose a date and set up a meeting at my house, with my wife and two sisters present. My sisters, who had also survived the genocide, were reluctant to join in. They knew that speaking with the perpetrators would force them to relive traumatic memories of the genocide. Thanks to sociotherapy, I was mentally prepared for interacting with my offenders, and I explained the lessons of sociotherapy to my sisters to convince them that the exchange was necessary.

The evening the perpetrators came over, we only had time for one man to speak, because it took a long time for him to tell his story. It was painful to listen to him recounting every detail of how he had helped kill my family, but we did it so that we could understand what had happened, and what he had done. He was intent on confessing and begging pardon for his actions, because he felt that he was a different person than he was before. I forgave him that night.

The others came back the following day, and the next man told the same story, but was even more earnest to reconcile. Apparently, he had been trying for a long time to find a way to reach out to me. The last woman who came to reconcile didn’t participate directly, but her father was one of the chief perpetrators who organized the killing, and she felt the need to seek forgiveness on her family’s behalf. These two people were even easier to forgive than the first.

The following session, we reported to the larger therapy group how we had reconciled. Hearing about this prompted two more people in the group to come to me for reconciliation.

Because of Mvura Nkuvure, I was mentally prepared to receive a woman whose husband was a key perpetrator against my family. He participated in the genocide, and after killing my brother, this man immediately took my brother’s clothes and shoes and started wearing them. He was charged with dehumanizing my brother’s body and sentenced to 30 years in prison. Recently, his wife joined a sociotherapy group and decided to come forward to reconcile with me. I’ve made peace with her, and once COVID-19 restrictions are over, I’ve committed to go with her to visit her husband in prison.

Though before this we couldn’t sit next to each other, I and the past offenders walking home together from group sessions, visiting each others’ houses, and even giving each other a hand with the farming. Now, I feel like I can call on my neighbors when I need help.

To my past offenders, I would like to say, “Feel free. Feel at home. I’m your brother. You’re my brother.”

Through sociotherapy, “you get released. You no longer have a burden on your heart.”

A story written by Anna Gwin