I wanted to apologize but didn’t know how 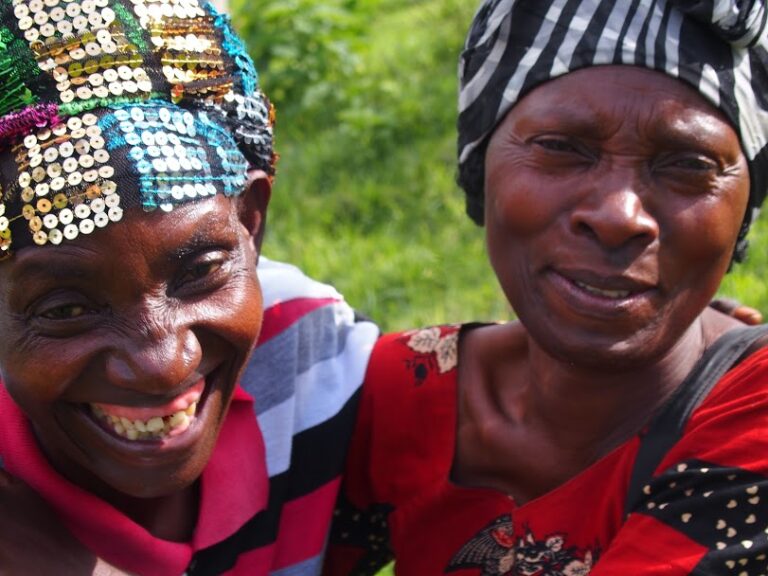 I wanted to apologize but didn’t know how

My name is Francois. I was born in 1964 in Muhanga district. I am married and a father of two children. Before the genocide, I was a farmer.. Although I participated in the genocide, I never truly had the intention inside my heart to do so.

When the genocide started, I initially tried to save Tutsis by hiding them. However, one day perpetrators found out about this. I was escorting the persons I hid in my house to Kabgayi, so that they could find better refuge there. On our way I was caught by Interahamwe. They called me a traitor because I had sheltered those snakes in my house. They almost beat me to death and took my money. The men claimed the money was not enough, and forced me to kill an inyenzi (cockroach) and bring inkuracyobo.1 The person I had to kill was my nephew, who was born out of a mixed marriage. One of the Interahamwe men obliged me to use drugs. After I had done so I went to my nephew to kill him. I beat him with a club and when he was almost dead I obliged him to give me inkuracyobo.

Later the Interahamwe men and I spent the money on drinking beer. This day formed my initiation into the group of killers. I became like an animal; I stole people’s properties and ate their cows, and I always carried a club and a machete with me. Whenever I was back home, my consciousness was not at peace. However, I was not able to stop doing with what I started.

One day we received the news that RPF soldiers were taking over the country. Many people – including myself – deserted the Interahamwe. We took refuge at Nyange. After a couple of days the RPF soldiers reached this place. They told us to go home and resume our normal activities. As such, I went back home and resumed my farming activities. For approximately six months I cultivated and harvested my land, just as I had done before the genocide. However, one day the district office informed me that I was arrested and brought me to the sector’s dungeon.

In July 1995 I was taken to the provincial prison. Already in the dungeon I had come to realize that the persons I had killed had died for nothing. In prison I reflected on the reason behind my imprisonment again. I came back to my full senses and regained my humanity. I started to repent and recognize my sins. I also started to ask for forgiveness and mercy from God. After some time, many religious leaders visited me and my fellow inmates and emphasized that our punishments would be reduced if we accepted our past wrongdoings and repented. This soothed us and encouraged us even more to repent and ask for forgiveness. I took the decision to patiently endure the hardships I was going through, to respect every human being, and to avoid from then onwards anything that could take me back into prison. When the Gacaca courts started, I acknowledged my past wrongdoings in public and I was sentenced. However, someone accused me of a crime that I had not committed. The Gacaca judges were not convinced by my denial and sentenced me to 19 years imprisonment. I was released from prison on 6 June 2014.

After my release, I tried to live and cooperate with everyone. I found out that the people whom I had tried to save during the genocide were still alive. They welcomed me with joy. Before the genocide, the relationship between our families had been good. Therefore, these persons encouraged me and tried to reintegrate me into society. However, I was afraid of the person that I had tried to kill or whose family members I had killed. I wondered how I could ever face my nephew again. I did not feel comfortable meeting him, and I had no idea how we could reconcile easily. I wanted to apologize, but I did not know how.

When I was recruited into sociotherapy, I was very reserved at first, and did not to share my feelings or thoughts. However, as I observed others progressively sharing their experiences, I started to open up. I managed to share my life experiences, which led to different reactions. Whereas some participants did not take it seriously and suggested I could be imprisoned again, others benefited a lot from it. They told me I was really courageous to share such an experience. This made me feel very peaceful and relaxed. The sociotherapists suggested to me to meet my nephew and his family, so I could apologize and we could reconcile. As sociotherapy had strengthened me, I agreed and one day I went to meet my family members.

When I visited them, I acknowledged that I had behaved like an animal during the genocide. I emphasized that gradually I had become aware of the heaviness of my deeds. I received a lot of support from people during that reconciliation ceremony, which impressed me much. What I experienced that day freed me a lot from the burden I was carrying because of my past wrongdoings. After that, I decided to make people understand how much I benefited from the forgiveness of my nephew and his close family. I do not know how I can contribute to my nephew’s life that I have damaged so severely, but I want to show him how sincere my gratitude is. I am so thankful for sociotherapy to have supported me in reintegrating myself into my family. Also, my neighbors, friends and family supported me during my religious wedding. It illustrated that they trust me again and that they want to reestablish the good relationship we had before the genocide.