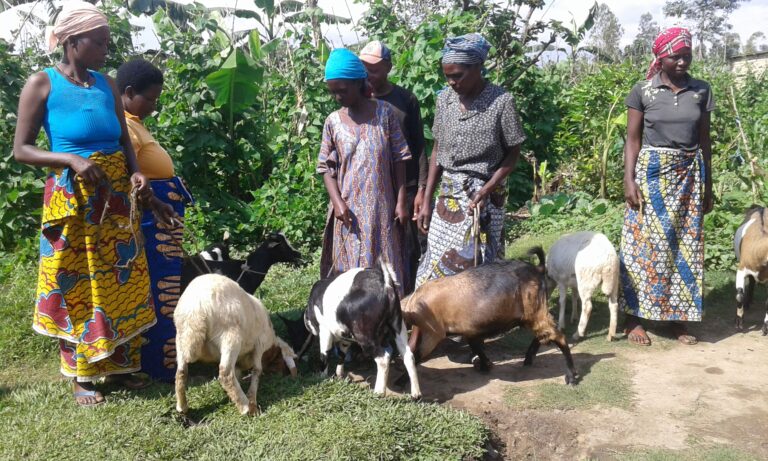 My name is Issa. I was born in 1997. Together with my mother and my three siblings I live in Rubavu district. During the genocide, my father killed people and looted their property. A couple of years later, my family went to a refugee camp in Congo. I never really knew why. The conditions in the camp were very bad; we lived in extreme poverty and hunger. When my father died of diarrhea in 1998, my mother took me and my siblings back to Rwanda. As the security situation in Rubavu was still volatile, we first went to Rulindo district for five years. We still lived in poverty.

In 2003 we went back to our home in Rubavu. In that same period the Gacaca courts started. My mother was accused of refusing to repair property that had been destroyed by my father during the 1994 genocide. She tried her best to repair some of it. She had to sell almost all our land, forest and cows in order to get money for reparation. I was never aware of the situation my family was in. I only sensed that life was becoming worse; from then on my mother was barely able to feed us or to pay for our school fees.

It was in 2012 that I discovered the reason behind our poverty. One day, I heard my mother and my aunt arguing. At a certain moment my aunt screamed: “You will never be rich, as you will continue to pay back all that your husband had destroyed!” I asked my mother about this insult, but my mother never disclosed the crimes of my father. Therefore, I contacted my aunt. She told me about the genocide, and about the wrongdoings of my father for which my mother now had to pay. I was shocked when I heard this. All of a sudden it became clear why we had been exiled in Congo, and why we lived in poverty. I came to understand why children at school and in the community had been stigmatizing me. They never wanted to play with me or collaborate with me in youth activities, telling me that I was the son of a genocide perpetrator. It was neither a mystery anymore why my mother did not have good relationships with our neighbors and community members. Knowing that I was the son of a genocide perpetrator affected me a lot. As a result, I dropped out of school. I felt dissatisfied and life became meaningless to me.

I could not sleep. I spent days and nights wondering why the crimes of my father were affecting the whole family. I asked my mother numerous times why my father had killed people during the genocide, and why he had damaged their property. My mother never revealed the truth. I felt a great anger towards my father, but also to the persons stigmatizing me and my family. I could not interact with my peers, because I was ashamed. I started to drink alcohol and to smoke tobacco, but I could not comfort myself. I was very isolated.

It was then that I was invited into sociotherapy. The socio-group consisted of young people from different backgrounds. There were descendants of genocide survivors and of ex-prisoners, orphans, and children whose fathers are still in a refugee camp abroad. Initially, I was very quiet and scared. I did not interact with anyone, and I expressed my feelings or ideas. I just listened carefully to the stories of the other participants. It made me understand that I was not the only one who was wounded. I eventually shared my story with the group, and I revealed that I planned to take revenge on the people that my mother had to pay, and on the children that stigmatized me at school. Those were the ones that had made my life so tough. My fellow sociotherapy participants shared their ideas and advice on how to deal with the challenges I encountered. I apologized to my group members for my bad mindset. I decided to stop using alcohol and drugs. I also stopped misbehaving, and I banned the thoughts about taking revenge from my mind.

Before sociotherapy, I felt inhuman and I hated the people who had witnessed my father’s crimes. Sociotherapy made me see how others are still suffering from my father’s wrongdoings. Today, I have a good relationship with people of my age and with my neighbors. Though we are still poor, I am committed to work and to assist my mother and my siblings in order to improve our economic situation. At this moment I am taking vocational trainings so I can become a mechanic or electrician. I am very grateful to sociotherapy for changing my life. I feel safe and manage to sleep again. I now have hope of a brighter future.