Reconciliation can be distinguished in ‘thin’ and ‘thick’ reconciliation, respectively kubana and ubwiyunge in Kinyarwanda. The first stands for living together as a matter of necessity, while the latter is a matter of the heart and a state of feeling in social relations. Ubwiyunge involves speaking truthfully and honestly between conflicting parties about what happened in the past that has divided them and starting new relationships based on trust and respect. Both aspects of reconciliation can be perceived as integral parts of peacebuilding. Peacebuilding is concerned with short-term responses to complex and violent conflicts and long-term responses to build the capacity of societies in the aftermath of violent conflict, preventing them from drifting back into violence. It is an integral part of helping societies to economically, politically, socially and culturally. It does all this by addressing the intangible and tangible psychological, relational and structural elements of complex issues in an integrated way. It is the interlinked psychological and relational elements of peacebuilding that ubwiyunge represents. Community-based sociotherapy proves to be able to facilitate its participants in achieving ubwiyunge and thus contribute to peacebuilding. It is in this sense that the sociotherapy approach can be defined as a psychosocial peacebuilding approach. 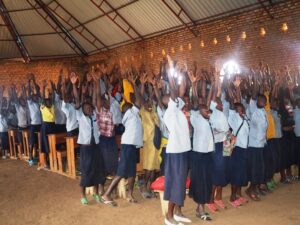 Intergenerational legacies of the 1994 Genocide committed against Tutsi 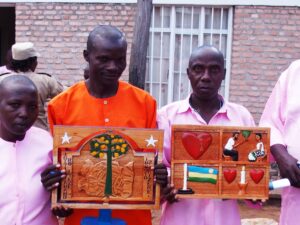 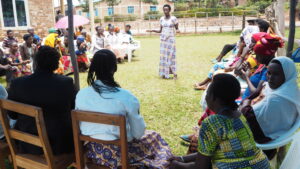