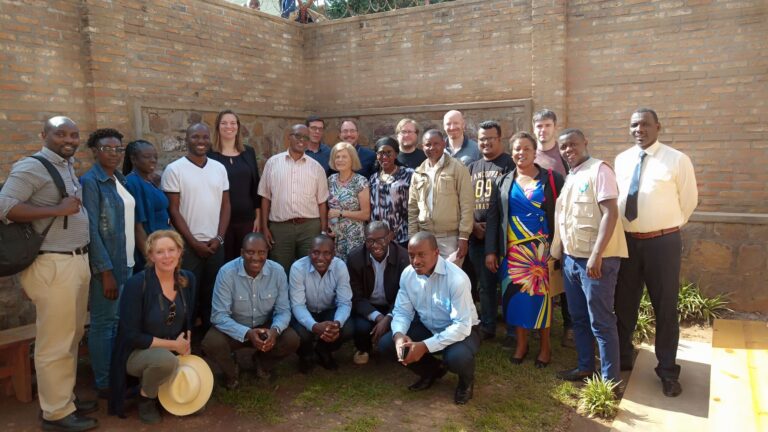 Ikiraro cy’Iterambere has supported Community Based Sociotherapy (CBS), the Anglican Church, Byumba Diocese (E.A.R. Byumba) and Prison Fellowship Rwanda (PFR) on supporting reconciliation in local communities by implementing a project known as Umusingi w’Amahoro Arambye. The project focused on stimulating grassroots advocacy at the District level by working closely with sociotherapy groups in the districts of Muhanga and Rulindo. In the People’s Parliaments for Peace (PP4P), representatives of the sociotherapy groups presented the issues the groups had observed in the communities to the local authorities together with recommendations to address the issues and the role the communities themselves can play. The approach used the experience of community engagement and trauma recovery to identify issues related to intergenerational transmission of genocide-linked trauma, including school truancy and youth drug abuse. This project run from October 2017 up to June 2018.

The “Facilitating unity and reconciliation processes through community-based sociotherapy project.” This six-month project was implemented between August 2019 February 2020. The project has been implemented by a consortium of three organizations: Community Based Sociotherapy Rwanda (CBS Rwanda), Prison Fellowship Rwanda (PFR) and E.A.R. Byumba Diocese (EAR Byumba), in three different districts, respectively Nyabihu, Kamonyi and Rulindo. A total of 48 sociotherapy groups have been running these three districts and after 15 sociotherapy sessions, they all started VSLA initiatives. In this project they were provided with a VSLA toolkit and a period of coaching by the field staff. In total 717 participants ended the 15 group sessions.