Mvura Nkuvure groups that initiated socio-economic activities after completing 15 weekly sociotherapy sessions are receiving coaching sessions to enhance their skills and sustain their initiatives. The groups were carefully selected, based on their time of existence, their achievements so far and their action plans outlining their future ambitions.

Community Based Sociotherapy Rwanda (CBS Rwanda) and its partner organizations: Eglise Anglicane au Rwanda (EAR)-Byumba and the Prison Fellowship Rwanda (PFR), have introduced a coaching program to empower Mvura Nkuvure graduates who started socio-economic activities after completing 15 sociotherapy sessions. As indicated by Diogene, Karangwa, Mvura Nkuvure Project Coordinator, more than 60% of the groups decided to stay together as a way of generating income to facilitate inclusive socio-economic development in their communities and maintain their social cohesion.

Jacqueline Mukamana, a sociotherapist from Burera district, says that meeting as a group, even after Mvura Nkukure, shows that the sociotherapy participants trust one another. A way to sustain the recovered trust is to continue meeting and supporting each other through socio-economic initiatives. ‘The purpose behind is not only to stay socially connected after 15 sessions, but also work together for their socio-economic development’, Karangwa mentioned.    Phoibe Nyirakamonyo, a sociotherapy participant from Nyamagabe district, reiterated that the social relations at community level have been improved through attending Mvura Nkuvure, and that it has enabled them to achieve together their shared economic development goals.

To ensure the effectiveness of the coaching component, CBS Rwanda and its partners recruited nine professional business coaches who are accompanying the selected groups. The coaching exercise is being conducted across the country in all of the Mvura Nkuvure areas of intervention. In the first phase, 135 groups were targeted to receive the coaching and capacity building sessions. They are located in nine districts where community-based sociotherapy is being implemented: Gasabo, Nyamagabe, Muhanga, Nyanza, Gicumbi, Rulindo, Burera, Rubavu and Karongi. A careful selection was made, based on the former achievements of the groups and their action plans envisioning their future.

The idea for the coaching of the groups came from the observations of the field teams. Karangwa indicated that ‘though the groups achieved a lot, there were some gaps observed in the management of their cooperatives or associations’. The recruited coaches have been trained in the Community-Based GROW Coaching Model, for them to build the capacity of Mvura Nkuvure groups and accompany them in the process of visioning, planning, execution and sustaining their socio-economic initiatives.

A good way of thinking about the GROW (Goal, Reality, Options and Way forward) Coaching Model is to think about how you would plan a journey. First, you decide where you are going (the goal), and establish where you are currently (your current reality). Then you explore various routes (the options) to your destination. In the final step, thinking about the way forward, ensuring that you are committed to making the journey and prepared for the obstacles that you could meet on the way.

‘This model assumes that the coach is not an expert in the situation of the person/group he or she is supporting. The coach should act as a facilitator, helping group members to select the best options, and not offering advice or direction,’ as stated by Karangwa.

Clementine Mukamana, the Mvura Nkuvure coach from Gasabo district, felt confident and optimistic about the intended coaching outcome. Mukamana said that she is not bringing special business coaching expertise, but rather she intends to work closely with the group members, building on what they have already done (current initiatives and willingness to grow), regular visits, so as to proactively overcome possible challenges.

It is expected that, after the coaching training for the selected groups, these groups will be given seed capital which will help them to start – professionally – profitable initiatives at community level. There is a hope that, the planned activities will yield considerable outcomes for not only the socio-economic growth at community level but also strengthening the community social fabric. Currently the identified groups are largely composed of members who have attended Mvura Nkuvure but also community members who joined later. 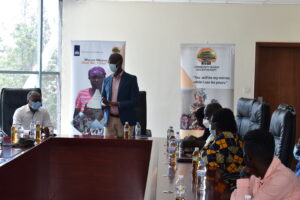 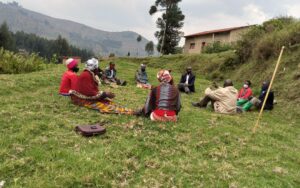 Gasabo: Sociotherapists continue to be devoted to help other community members throughout the lockdown